The Undoing is a new American TV drama series, based on the mystery-thriller genre. The drama features some of the greatest actors of modern times. The lead roles have been beautifully played by Hugh Grant, the British actor, and Nicole Kidman, the Australian American actress.

Psychological Thriller The Undoing Turns Out A Big Hit

The cast of this psychological mystery has worn fine, top quality attire, as the beautiful, breathtaking scenes shot in the different towns and streets of the USA make the series even more interesting. The drama has a plot full of suspense that keeps the viewers hooked, and waiting for the next episode to come out.

The drama has also introduced new fashion trends that have jolted the fashion world. Most fashion agencies and boutiques are now making the fabulous coats and jackets worn by the leading roles in the Undoing. For example, Henry Sachs The Undoing Cotton Jacket is what a lot of people and fans are after. This decent and elegant jacket is worn by the child star of this drama, named Henry Sachs. The role is played by Noah Jupe.

The Jackets And Coats are Quite Fashionable

The jacket is made of pure cotton. It has a viscose lining inside which makes it warm and comfortable, and easy to wear. The jacket has a stand-up collar, and a zipper as well as a buttoned closure. The cuffs are buttoned. The two side waist pockets are also there.

The color of this jacket is blue. It’s worn by Henry while he’s carrying a school bag, which means it something to be worn outdoors when going for groceries, office, school, etc. as it’s strongly stitched and can withstand strong winds and weather challenges. Buy now! 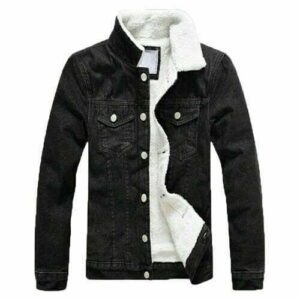