Castle is an American TV drama series that is based on the genre of crime, comedy, fiction, romance, and drama. The drama has been very popular and there have been eight successful seasons of the drama up till

The drama was first aired on the ABC channel, and in March 2009, and the eighth season was released and finished by May 2016. The producers of the drama series are Beacon Pictures and ABC Studios.

The drama revolves around the story and life of two characters, Richard Castle, a bestselling crime mystery novel writer, and Kate Beckett, who’s a homicide detective. The two get to know each other as they have to work together to solve cases.

The Story Is Captivating

And, initially, detective Kate Beckett is very angry to be working with the writer Richard and tries to look for ways in which his role and dealing in the cases could be minimum, and even tries to get him out her way. But as the story develops the two fall in love with each other and finds themselves emotionally attached to one another.

The story takes a twist when they finally get on with each other and develop feelings as they continue to solve the mysterious murder of Beckett’s mother.

The Cast Is Fabulous

The drama series has stared some of the most talented and classy stars of our time. The cast includes Nathan Fillion, playing as Richard Castle, Stana Katic as Katherine Beckett, Jon Huertas as Detective Javier Esposito, Seamus Dever as Detective Kevin Ryan, Tamala Jones as Dr. Lanie Parish, Ruben Santino as Captain Roy, and many more.

The Outfits Are Stylish And Fashionable

Kevin Ryan Castle Brown Leather Bomber Jacket is a jacket worn by Detective Kevin Ryan, Jon Huertas. The jacket is very classy, it’s made up of faux leather and sheepskin leather, the jacket has a viscose lining and the viscose keeps the outfit warm and comfortable.

The collar is snap tab styled and the closure is zippered. His cuffs are rib knitted and there are two waist side pockets and two pockets inside. The color of the jacket is brown. 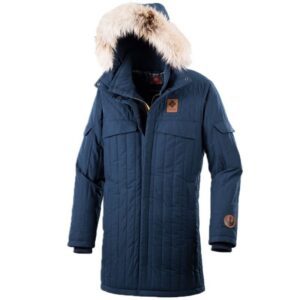